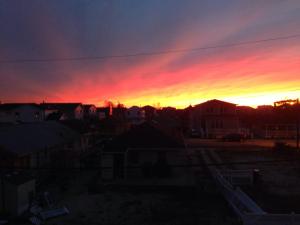 Years after Hurricane Sandy, survivors were living with the fallout. The rest of the country had moved on. I’d been covering the plight for NBC from the beginning, from the raging waters rushing through the streets of small-town Jersey to the largest fire sparked by the waters in an historic New York community. Recovery and rebirth: That’s what the homeowners pined for.

My reporting, over two years, revealed the red tape that they’d have to wade through. The stop and go of the recovery. The government money that only reach a few of its many intended recipients. The government rebuild programs that never seemed to rebuild.

It appeared to be your usual government bureaucracy until the emails began to flood in from across the country. Readers who weren’t in the hurricane zone but were sharing experiences similar to those in it: astronomical increases to their flood insurance. FEMA, had been re-mapping the tri-state area’s flood zones when disaster struck. Now the new flood maps, which would determine the risk – and the insurance rates – were emerging for public reviews and people weren’t liking what they were seeing.

With a colleague, we investigated the maps, the science and the insurance, finding that while the “Average Joes” were bound to pay up (“If somehow you end up in FEMA’s sights, there’s not much you can do to get out of that, other than pay”), some businesses had found a way to move waterfront condos from high-risk zones into cheaper insurance brackets.

Our series led to an FBI inquiry. Read it – and other stories in my years-long coverage -here.